Spotlight on a Species – White-nosed Coati

While monkeys may be the country’s most entertaining mammal, and sloths the most endearing, very few of Costa Rica’s many mammals are as comical as the White-nosed Coati, or as they are locally known Pizote. 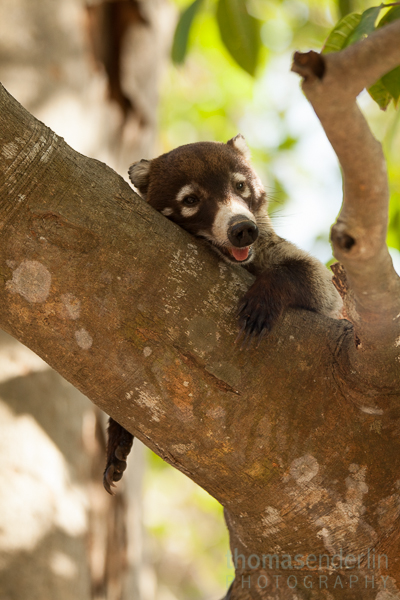 The bushy ringed tail and white facial mask contrasted against dark brown or reddish fur indicate that Pizotes are in the raccoon family, but they differ in the fact that they are active mostly by day. Females and young form large gregarious social groups of up to 40 individuals while adult males live more solitary lives.

Pizotes are often seen foraging on the forest floor, and once a Pizote’s acute nose locates an interesting smell in the leaf litter they use their sharp claws to dig for the edible treat. They are not limited to the ground, however, and by using their long tails for balance Pizotes show a surprising ability to climb through the trees to locate food or if surprised by a predator. 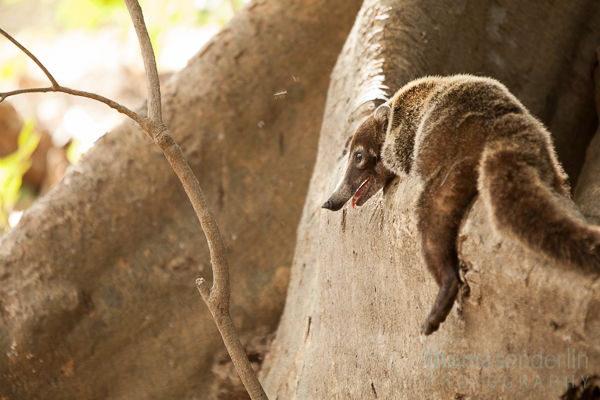 Pizotes are omnivorous, and their diverse diet consists of a variety of insects, crabs, lizards, fruits, nuts, and bird eggs. Additionally, similar to their raccoon cousins, a Pizote’s nose will sometimes get it into trouble, and in popular tourist destinations like the Irazu Volcano they are often found scavenging the parking lot for dropped human food.

Found in a wide range of habitats from some of the highest volcanic peaks to sea level, and almost everywhere in-between, Pizotes are one of the most commonly observed Costa Rican critters. Their geographic range is limited to Central America, from the South Western United States to Northern Colombia where their close cousin the South American Coati replaces them in forested woody areas and scrublands. 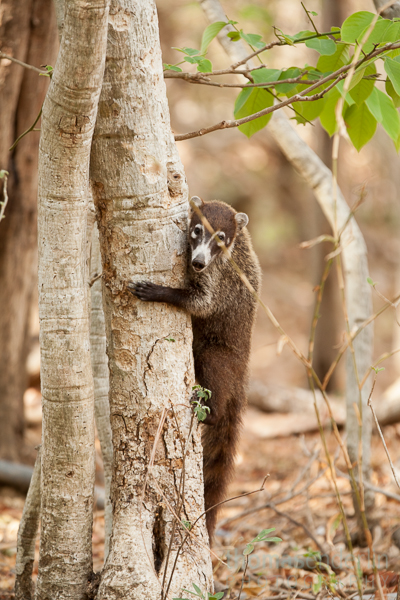 So keep your eyes open for these humorous little mammals as you travel around the country, but please respect their wildness and don’t give them any food that may disrupt their natural tendencies.