We freeze mid-step in disbelief, and for a moment the near constant drone of cicadas and distant call of howler monkeys is masked by my rapidly pounding heartbeat. We’ve only hiked about 1 kilometer away from the village into Tortuguero National Park, but there before us in the mud is a fresh print the size of my open hand by the master of Latin America’s jungles, the legendary jaguar. Suddenly our pleasant search for smaller forest creatures is a mute point, and we begin to track the massive feline’s prints down the soft trail. The cat’s path leads us through water and further into the park, and then suddenly turns and emerges onto the beaches’ black sand. Here another jaguar’s prints, clearly smaller, joins the first, and the tracks that had appeared methodical and straightforward suddenly start to make wide and random circles crisscrossing one another. We wonder as we walk what these two silent stalkers could have been doing until finally we realize that this playful interaction was most likely between a male and female jaguar! Perhaps with some luck a new litter of young jaguars will come from this interaction, and a species under threat will gain further support. As the sun gently sets, we decide to return to the town of Tortuguero to wash off and enjoy some Caribbean cuisine, but with new optimism knowing that only a short stroll down the beach two sets of jaguar prints walk side-by-side into the future. 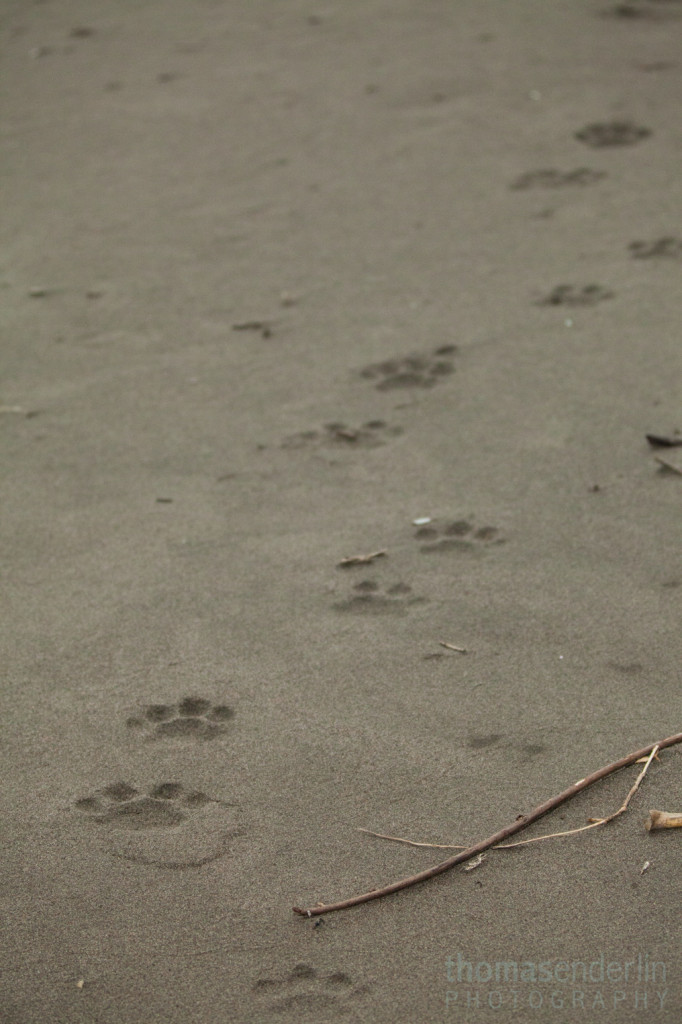 The jaguar, or Panthera Onca, is the largest feline in the Americas, and only the third largest in the world. Throughout Latin America’s history, the spotted cat’s power and cunningness was revered by many ancient civilizations, including the Mayans and Aztec.

Today, the species is considered ‘near threatened’ by the IUCN, and some 15,000 individuals subside across Latin America from Northern Mexico to Northern Argentina. In Costa Rica, several national parks have viable but fragmented jaguar populations, and with hunting pressure growing on the jaguar’s major food source, peccaries and deer, the cats are coming into more conflict with farmers and their animals. Unfortunately, many of these conflict cats are being relocated to rescue centers or even killed. 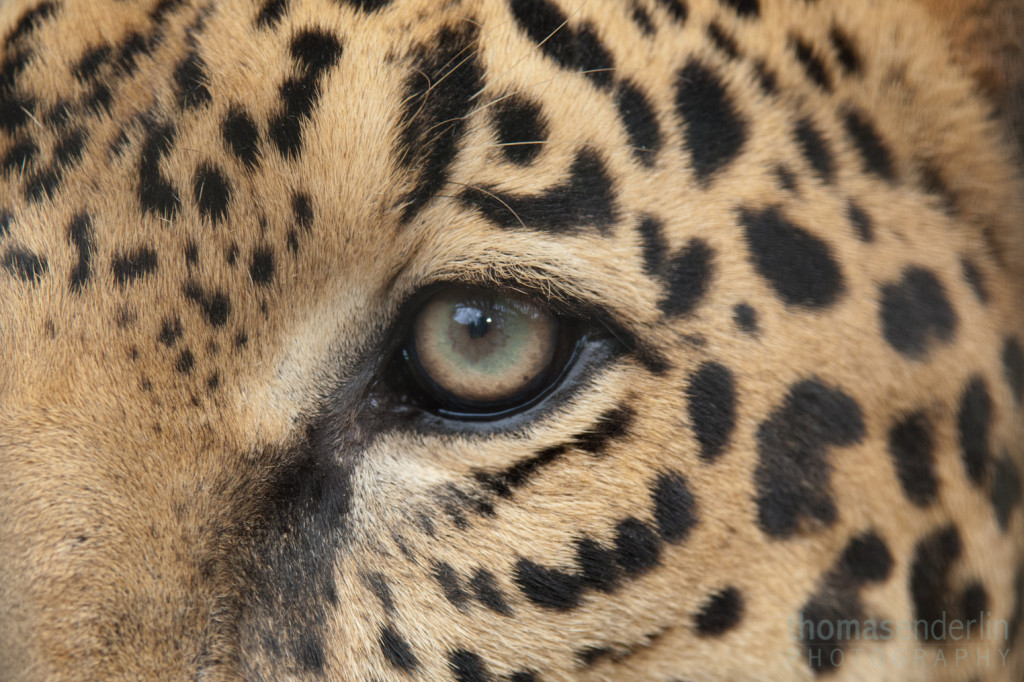 Due to recent conservation efforts to fortify biological corridors and educate rural communities about living together with large predators like the jaguar, the future of Costa Rica’s most majestic forest hunter remains favorable. But with the ever-present dangers that land development and deforestation present, the jaguar’s future depends on the support of local communities, travelers, and international efforts to keep wild spaces intact for jaguars to roam. If not, we risk that chance encounters with something as whimsical as a pair of jaguars’ prints on a Costa Rican beach will disappear as a mythology of the past. 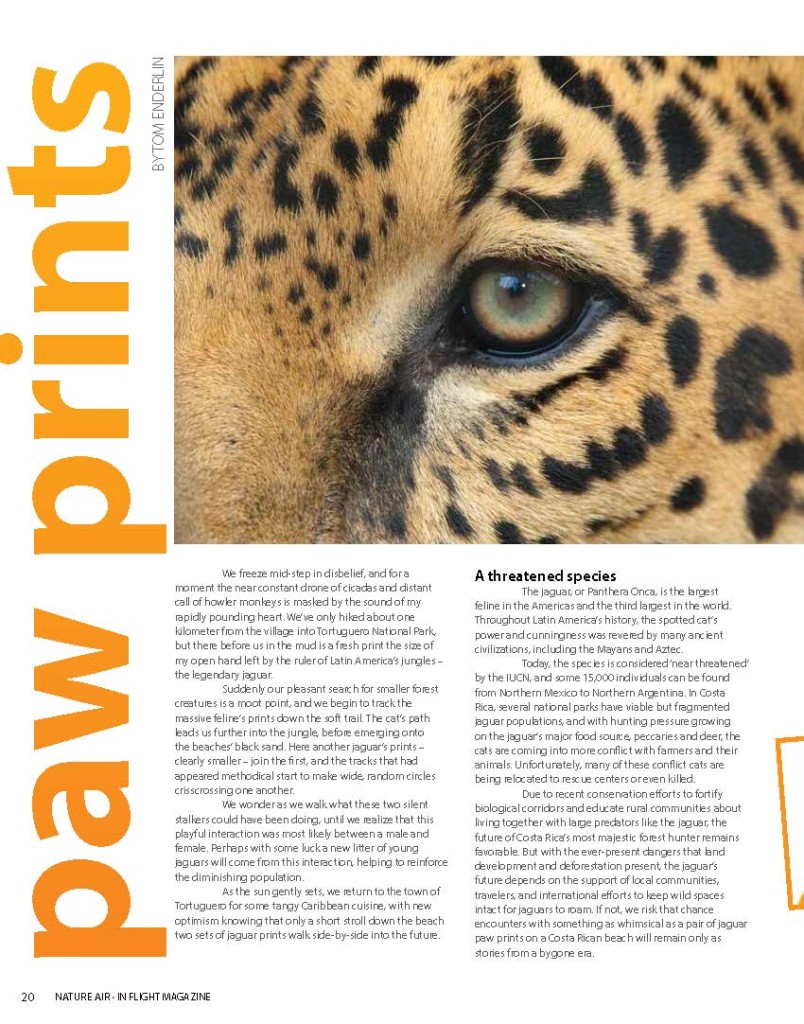 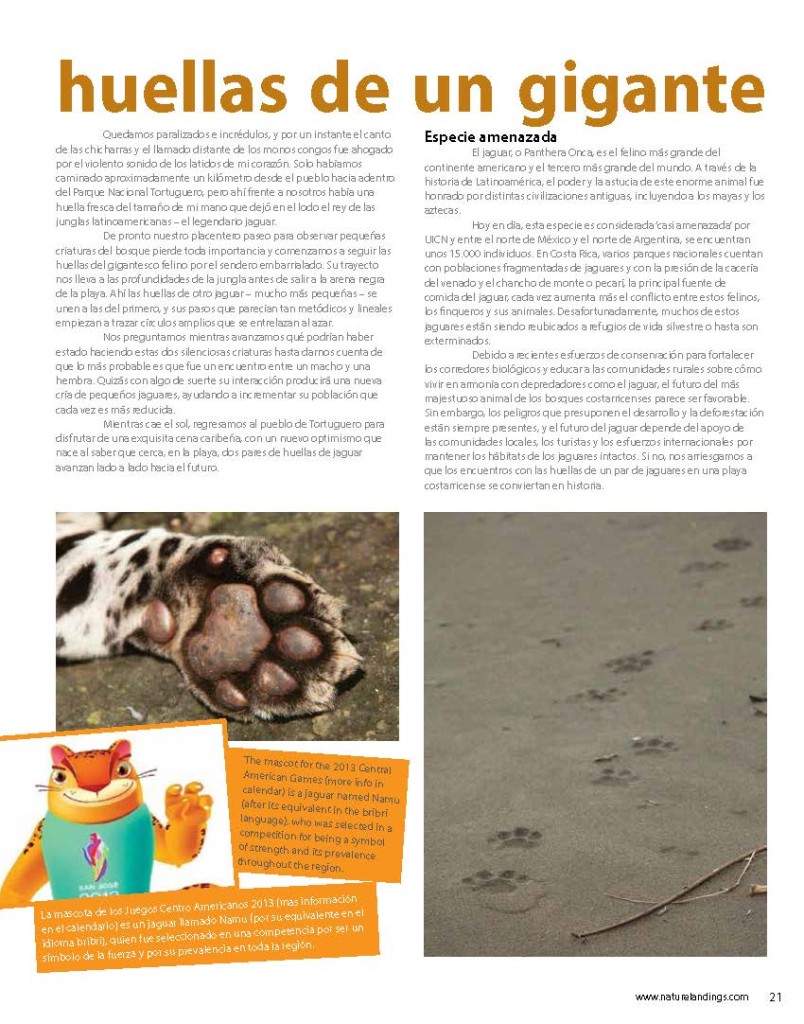